The Eigenprot is a musical instrument based on the molecular vibrations of 100,000 protein structures. When asked the purpose for this, Markus Buehler of the Massachusetts Institute of Technology said to provide an opportunity for the public to interact with materials at the nanoscale. Buehler described this work in the symposium cluster on Broader Impact (Symposia BI01 and BI02). The sound, he said, generates from many overlaying vibrations of the protein molecules, which is analogous to a guitar string. For educational outreach, participants can learn a parallel in terms of hierarchy: music begins with notes, which can advance into a melody, and further into harmony. Similarly, materials begin with an atom, then another atom can be added to it, the grains, and so on. Another application of this new tool can be to understand how mutations or misfolding as seen in many diseases lead to differences in a protein’s vibrations, and how this translates to audible sound. Such studies can offer a new tool, in the lab, to understand molecular defects in a totally different domain, for further analysis.

For contrast, here is a simple composition created using three copies of the protein synthesizer (each playing a distinct melody or chord progression), along with a TR-808 drum loop for texture:

Graduate students at Arizona State University launched their own effort in reaching a general audience with a different sound: their podcast, called podQESST. Sebastian Husein said their goal is to present what scientists do in a storytelling format in order to engage their listeners.

Julie Nucci of Cornell University also champions storytelling in order to reach the general public. She introduced a course where students utilize a padcaster—the video recording feature on an iPad—to produce interesting engineering features. The engineering students practice three points in their storytelling efforts: show what you are doing, make it personal, and show why the world cares. While subscribing to these three points may sound easy, it actually takes a lot of practice. 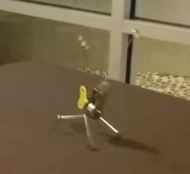 In a Science Communication Workshop held on Sunday, prior to the symposium sessions, Daniel Steinberg and Sara Rodriguez of Princeton University provided ample time for participants to practice communicating their work. The workshop was designed to help researchers to increase their confidence in communicating science to the nonspecialist. One of the activities let the researchers experience the “other side” of the dialogue: A spinning device was set before them—looking as strange to them as their lab work would look to a non-scientist. Putting the shoe on the other foot helps researchers understand what information they need to give. 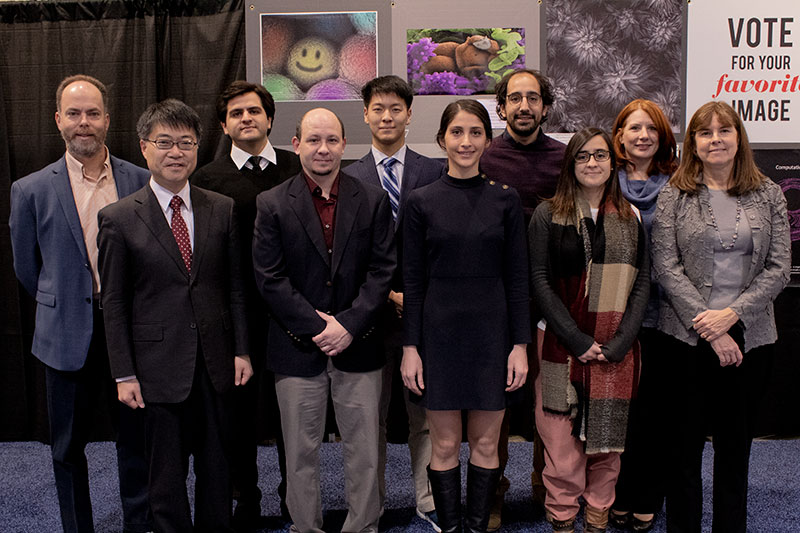 Brian Landi, Rochester Institute of Technology
Who Lives in Your Nanotubes

Synthesis of 2D Metal Carbides and Nitrides (MXenes) and Their Applications

MXenes are a large family of two-dimensional transition metal carbides and nitrides. Since the synthesis of the first MXene, Ti3C2, in Drexel University, MXenes have been utilized in a diverse array of applications: electronics, optics, energy storage devices, and catalysts, for example. Babak Anasori from Drexel University overviewed MXenes from the angles of the history, synthesis strategies, processing methods, and new applications demonstrated in 2018. In addition, Anasori revealed that most MXenes, when dispersed in water, were spontaneously oxidized by dissolved oxygen gas. The oxidation decreases the dispersion stability and the electrical conductivity of MXenes. Effective methods to slowdown MXene oxidation include storing MXenes at temperatures below room temperature, enlarging the flake size of MXenes, and processing MXenes into dry films as well as dispersing MXenes in organic solvents. Anasori also discussed unresolved challenges pertaining to MXenes, including measuring the inter-flake electrical conductivity, synthesizing MXenes with functionality-free surfaces, and preparing MXene thin films with chemical or physical vapor deposition techniques. 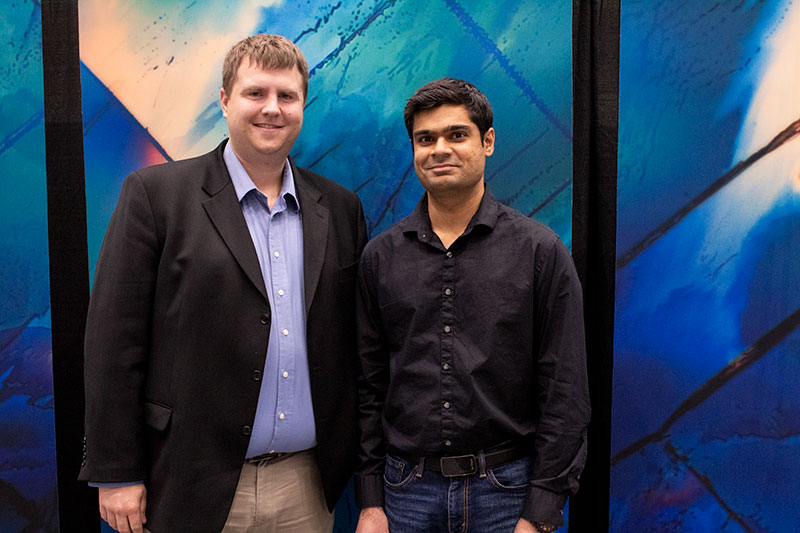 Aligned carbon nanotubes in “carpet” or “forest” arrays are highly desired in a range of applications, but require controlled properties and efficient production at large scale with low cost to meet this demand. Placidus Amama first explained the complexities of the Fischer-Tropsch synthesis method for liquid fuels, highlighting the inability to have 100% liquid fuel selectivity. From this, he described his group’s approach to the problem, wherein the gas phase of the synthesis could be combined with chemical vapor deposition to produce carbon nanotubes, alongside the liquid hydrocarbons. After showing favorable comparisons against other leading synthetic methods including carpet density, growth lifetime, and yield, Amama explained the group’s use of an autonomous research system (ARES) to optimize selected parameters. The system uses laser light to both heat the samples for chemical vapor deposition, and characterize them using Raman spectroscopy. A detailed description of the effect of heat and water content on yield was presented alongside microscopy characterizations of the optimized reaction conditions. Amama then briefly described the proposed mechanism for this reaction based on the collected data and some results from experiments changing the composition of the gas feedstock before concluding with future plans to use the ARES to further probe these compositional changes.

Reinforcing polymeric matrices with nanoparticles is a common way to increase their mechanical properties. With the booming of the three-dimensional (3D) printing industry, there is a demand for printing parts that not only possess the benefits of 3D printing but that also perform mechanically well. Indeed, the polymers that are widely used in current printers are still weak and cannot be used in structural applications.

Cellulose nanocrystals (CNCs) are elongated nanoparticles issued from plant-based parts. CNCs align under shear to anisotropically reinforce matrices. In a direct-ink writing printing process, a viscous fluid is extruded through a nozzle and deposited on a substrate. The fluid therefore undergoes shear at the nozzle.

To develop cellulose-reinforced composites with specific mechanical properties, it is important to understand the response of CNCs under shear. For this purpose, Michael Hausmann and his colleagues performed in situ polarized rheology to directly track their dynamic orientation under shear at various concentrations. When the CNCs align, they behave like liquid crystals and display colors that are visible between cross polarizers. For example with 20 wt% of CNCs, no color is visible at low shear and the CNCs are randomly oriented, but above 200 Pa of shear stress, colors appear revealing the CNCs’ alignment. This phenomenon is observed for lower concentrations. However, above 25 wt%, the CNCs were never found to align, probably due to steric hindrance and collisions.

Since the shear profile at the tip of the nozzle of a 3D printer is well known, it is now possible to determine the conditions to realize local orientation of the CNCs in a printed part. 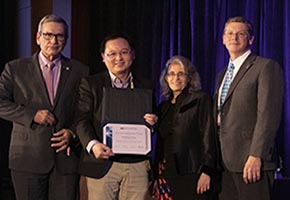 The EU-40 Materials Prize is given by the European Materials Research Society for researchers showing exceptional promise as leaders in materials science for their research done while in Europe, and this year was no exception. This Prize presentation given by Xinliang Feng of the Technische Universität on Thursday evening at the MRS Fall Meeting in Boston is a combined effort by MRS and E-MRS, and celebrates mid-career research.

Feng started with a discussion of various types of matter, hard matter and soft matter, and their various properties. Hard matter is characterized as rigid and crystalline, and often electrically conductive. Soft matter often consists of macromolecular assemblies, can be more amorphous, and is less rigid. He also described materials that were “in-between,” like carbon nanotubes, graphene, and organic and polymer crystals. Feng then transitioned into talking about his research into one of these materials that combines the properties of hard and soft matter, organic two-dimensional (2D) materials.

He described, first, 2D supramolecular molecular crystals, and then 2D polymers. Two-dimensional polymers are highly ordered, and single-monomer-thick. A porous graphene was shown as an example. Its monomers were made of rings of benzene, that when combined make a structure that is like graphene, but with large “holes” in it.

After this, a number of graphene nanoribbon structures were discussed. By varying the thicknesses of the nanoribbon, the bandgap can be controlled and thus its electrical properties. These nanoribbons shapes can be altered, from straight to curvy. Furthermore, other atoms can be added to rings within the structure to dope the material.

This led to a discussion on 2D supramolecular polymers with metal-dithiolene links. These were created with the Langmuir-Blodgett method, allowing for good control of thickness and the ability to create large sheets of the material that could then be transferred to another desired substrate. The material had desirable mechanical strength, electrical conductivity, and crystallinity. It was also found that in water they can lead to a hydrogen evolution reaction.

Two-dimensional polymers can also be used to make supercapacitors on the microscale, as is the case with PiCBA, a semiconducting 2D polymer. Similar materials can also be magnetic semiconducting through metal-organic frameworks, as happens when PSC monomers are turned into PTC monomers by hydrolyzing the sulfur, and then after coordinating with iron to make the sheets of the material. These networks have good electrical conductivity, are semiconducting, and at low temperatures can go from paramagnetic to ferromagnetic.

The next topic was polyimine-based 2D polymers. Depending on the interface they are created with, the thickness can be varied. These polymers were shown to absorb more light than graphene. When mechanical properties were tested, it was shown that it had a higher Young’s modulus than steel, and could be used for membrane applications.

Feng’s group is also making 2D organic crystals, which has proven quite difficult. Both polyamides and polyimides were made in this fashion, and single crystals were able to be formed.

Concluding his lecture, Feng emphasized the diverse nature of his work pursuing new materials. These materials can be made through many kinds of processes, and have unique properties and shapes.

Firstly I thank the organizer very much for the valuable blogger position given to me! This is my first time as a blogger, and twitter as well. I have also made a friend! I also enjoy the 2018 Fall MRS and Boston! 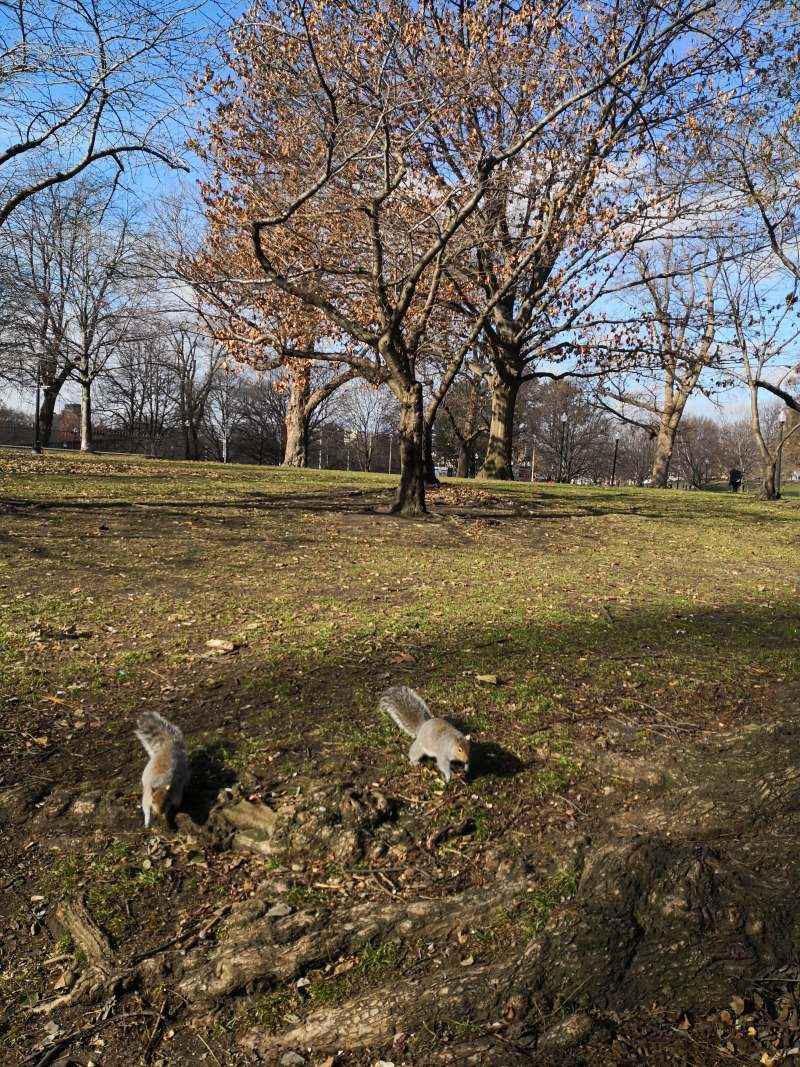 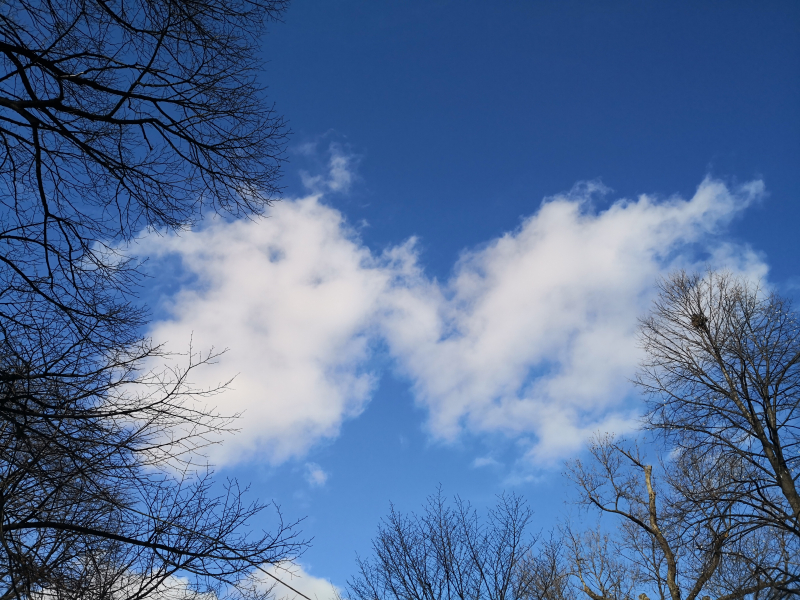 Doped perovskites have been another trend in the development of perovskites. With doping, energy band can be well altered. Swati Mamgain has done great work on this aspect! Wrote on 11/30/2018.

I am attending mainly symposium ET05 (Fundamental Aspects of Halide Perovskites (Opto)electronic and Beyond) these days during the Meeting. With regard to perovskites, obviously, the symposium ET04 (Perovskite Solar Cell--Challenge And Opportunities) is a nice complementary. Wrote on 11/30/2018 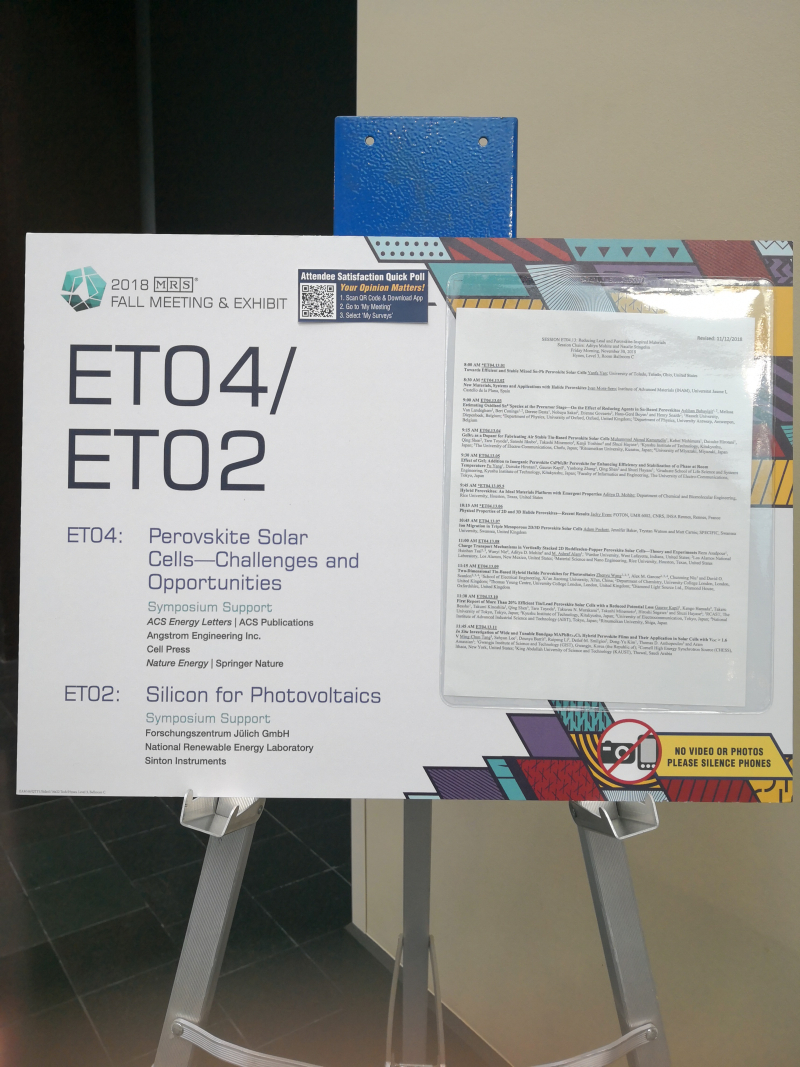 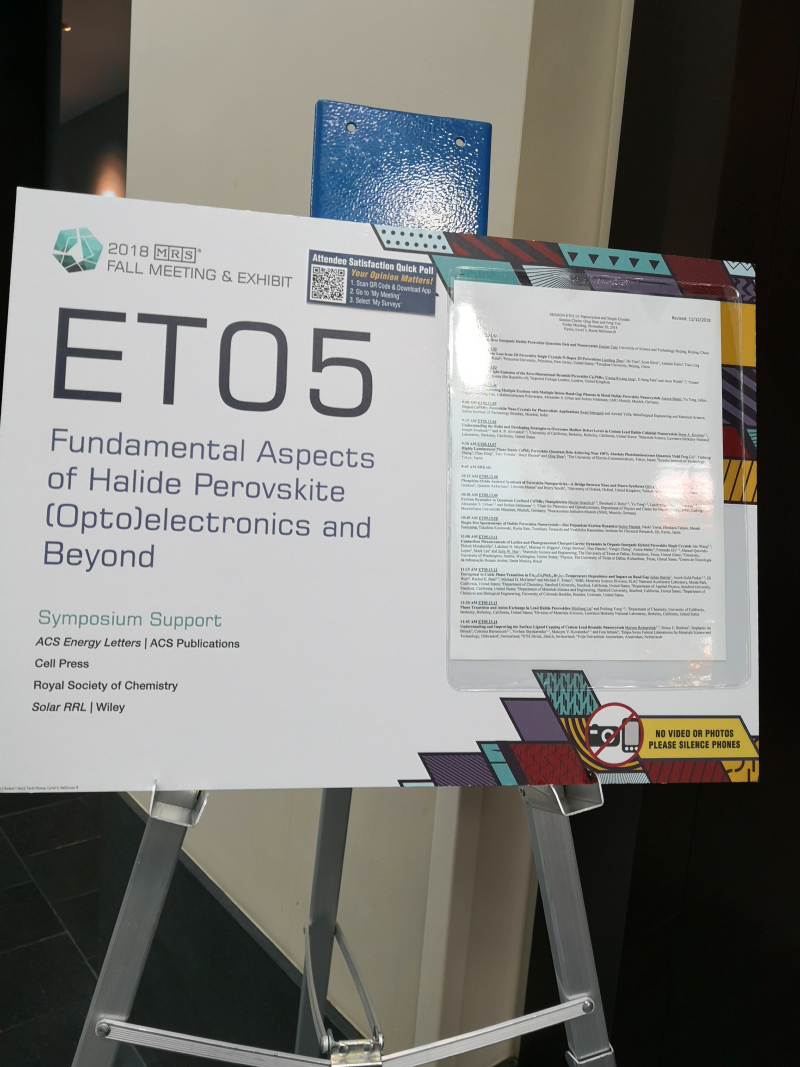