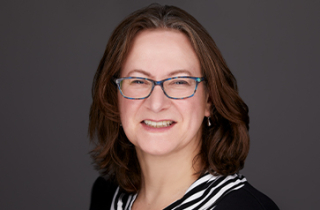 The Dark Side of Science: Misconduct in Biomedical Research

In her Symposium X presentation, Elisabeth Bik talked about her efforts to identify and address misconduct in the scientific literature. “Science should be self-correcting,” she said, “and I try to be part of that process, because that’s going to make science better.”

Science misconduct can take the form of plagiarism, falsification, or fabrication of data. Much of Bik’s work has focused on inappropriate image duplication, in which authors use the same image or data set multiple times to represent different experiments or results, often altering or repositioning elements using image-editing software. While most of her work is focused on the biomedical field, Bik showed several concerning examples from materials science publications where, for example, the same x-ray diffraction pattern appeared to be used to represent different materials compositions or a micrograph was clearly a composite image of the same few nanoparticles repeated over and over again.

Bik shared results of a study where she scanned more than 20,000 biomedical papers by eye and identified duplicated images in 4% of them, about half of which appeared to be cases of misconduct. Disappointingly, reporting these papers to the journals in which they appear does little to solve the problem. Of hundreds of papers Bik has reported, only about a third get retracted or corrected, and in most cases the journal takes no action. And even when journals do act, they tend to do so slowly, often allowing fraudulent papers to remain in the scientific literature for five or more years in the meantime.

Disillusioned by this response, Bik now posts her concerns to the website PubPeer.com rather than reporting to the individual journals. She encouraged the audience to install the freely available PubPeer extension that identifies papers that have received comments from the community, so researchers can avoid building their own work on problematic data.

The individual researchers who commit misconduct are typically driven by desperate situations, Bik noted, saying that behind every misconduct case is a sad story. Researchers may be subject to unrealistic requirements or expectations of their employers, or they could be junior researchers working under a bullying professor who demands results. Bik is more critical of the journals that allow papers to pass through peer review without apparent scrutiny and institutions that impose strict mandates on the number of publications needed for career advancement.

Bik is also critical of papermills that sell fake articles written by ghostwriters using fabricated data. She showed an example of an identical data set appearing in several very different papers. Another approach used by papermills is synonymized plagiarism, in which an article is copied verbatim but every word or phrase is replaced by a synonym, resulting in bizarre but comprehensible prose.

The rise of advanced computing and artificial intelligence complicates matters. Computer programs can more rigorously scour publications to identify duplicated images and problematic data, but their results are prone to false positives and need to be validated by humans. Meanwhile, AI is getting increasingly good at creating fake pictures and will almost certainly be capable of generating images for research articles that won’t be easily detected by journals or reviewers.

Bik presented several measures to help prevent misconduct in scientific literature. We should continue the trend toward open science, where researchers share full data sets and not just the snippets that appear in articles. Culturally, we should reduce our emphasis on publications as measures of research productivity and focus on mentoring students and junior researchers in good research methods. Reports of misconduct should be resolved quickly by journals and not allowed to remain in the literature, and strong consequences should be imposed on those who commit misconduct. Journals should also take greater responsibility for checking the papers they publish. Finally, the people who report misconduct need to be protected from retaliation, as the work is a necessary part of the self-correcting scientific process.