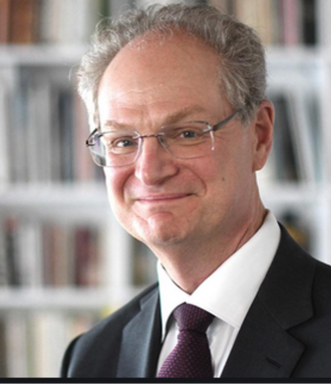 Paul Alivisatos received this year’s Fred Kavli Distinguished Lectureship in Materials Science. A professor at the University of California, Berkeley, Alivasatos is slated to become the next president of the University of Chicago this fall.

Alivisatos researches the use of electron microscopy to study nanocrystals inside liquid cells—pockets of liquid sandwiched between layers of graphene containing the material of interest. The liquid cell environment allows researchers to observe dynamics in systems ranging from biological cells to battery interfaces.

His research team is working to understand the interaction between electron beam and liquid cell. They have used convolutional neural networks, a common machine learning technique, to study the motion of gold nanoparticles in a liquid cell. The neural network could classify electron microscope images of the nanoparticles into different types of motion, such as Brownian motion or a random walk.

To reap the power of these new data science tools, researchers must integrate them with more “classical,” physically motivated approaches, said Alivisatos. His group has studied the chemical environment inside the liquid cell after being probed by the electron microscope. Using old-school concepts like redox couples, they were able to control some activity inside the liquid cell.

Alivisatos also presented recent work from his group on why some crystals become chiral. Curiously, some crystals grow to become left- or right-handed on the macroscopic scale even when its constituent microscopic parts are the opposite chirality. Studying tellurium crystals, the research group found that while the presence of ligands of certain handedness will bias a crystal to match its chirality, these ligands are neither necessary nor sufficient to determine the crystal’s final chirality.

One virtual audience member asked Alivisatos for advice for younger researchers. Alivisatos described the benefits of sharing your work openly, and its contribution to others’ research. “If there’s one thing I would say to early career colleagues, it’s to recognize that you’re part of a community,” said Alivisatos.