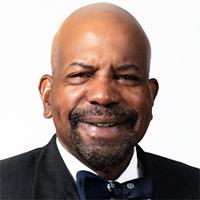 Honored “for pioneering work in engineering of musculoskeletal tissues, for extraordinary work guiding technology and science policy, and for promoting ethnic diversity and excellence in science,” Cato T. Laurencin presented a talk on how new classes of biomaterials create novel paradigms for tissue regeneration. In fact, Laurencin discussed the new field he founded called “regenerative engineering,” defined as a convergence discipline. “And by ‘convergence,’” he said, “we mean the coming together of insights and approaches from originally distinct fields.” These fields are so distinct that they may not seem to “fit,” but need to be brought together to solve problems such as complex tissue regeneration.

The fields Laurencin brings together with materials research—including nanotechnology—are stem cell science; physical forces, including bioreactor work; developmental biology and morphogenesis (e.g., how a newt regenerates a limb); and clinician translation. For example, the research project needs to consider how regeneration occurs from the clinician’s viewpoint. The project also needs to consider the patient, such as utilizing knowledge and experience from immunology. With this type of cross-disciplinary collaboration, Laurencin has been able to usher his research from the fundamental studies to applied research to technology or medical implementation.

Dr. Laurencin is not only a materials scientist but an orthopedic surgeon, so much of his research work focused on the musculoskeletal tissues of the shoulder and knee. Among his earliest projects was the development of a porous polymer matrix to induce bone regeneration. His group fabricated polymer microspheres from which they created sintered microsphere matrices. By varying the diameter of the spheres, they modulated the mechanical properties of the matrices based on the size of the microspheres. Implanted within a bone defect, the matrix enables the bone to regenerate.

Another seminal discovery Laurencin described was electrospun polymeric nanofiber matrices to serve as scaffolds for tissue engineering. This work led to new areas of research in scaffold design for tissue regeneration and, furthermore, to the potential to treat diseases such as rotator cuff disease.

What’s next? “We’ve now been able to regenerate pretty much every musculoskeletal tissue involved in the body—skin, nerve, ligaments, muscle, bone,” said Laurencin. “We’re now dedicated to be able to really bring about and harness the principles of regeneration and work toward limb regeneration.”

The Materials Research Society’s highest honor, the Von Hippel Award, is conferred annually to an individual in recognition of the recipient’s outstanding contribution to interdisciplinary research on materials. Named after Arthur von Hippel (1898–2003), the award recognizes the qualities most prized by materials scientists and engineers—brilliance and originality of intellect, combined with a vision that transcends the boundaries of conventional disciplines, as exemplified by the life of Arthur von Hippel.