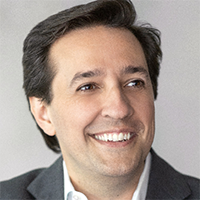 “Right now is the most exciting time in computing in probably the last 60 years,” said Darío Gil, director of research at IBM T. J. Watson Research Center, “where we are witnessing the convergence of different ways to represent and process information.”

Gil is referring to the convergence of bits, neurons, and qubits enabled by the “cloud” programming environment with the help of artificial intelligence (AI) that changes the way problems can be solved. It is ushering us into the era of accelerated discovery. This is particularly critical for addressing global problems such as the current pandemic and climate change.

To put this in perspective, Gil said the discovery of a new material—from the design concept to commercialization—takes about a decade, using capital of USD$10 million to USD$100 million. IBM wants to cut this effort by 90 percent.

Gil said, “We envision in the future inserting this technology [of quantum computing] to work in tandem with the AI-enriched simulation step of materials discovery loop.”

As our society is getting more and more digitalized, materials discovery in the field of semiconductors needs to accelerate significantly. IBM is aware that all of the materials going into computer chips must be as sustainable as possible. Gil focused his talk on the R&D of photoresists. Photoresists are a light-sensitive material used for forming semiconductor patterning.

Currently, photoresists carry potential toxic risks, so the research community needs to search for new photoacid generators (PAG). Gil showed step-by-step the advantages of using, first, the deep search method, which can complete complex queries on a photoacid generator—38 million edges (connections between entities or nodes that hold information that can also hold information)—in 0.1 s. This process led researchers to a PAG that was used for other applications but never tested for extreme ultra-violet (EUV) lithography.

AI-enriched simulation was then used to augment the material dataset with predicted properties. Generative modeling—a new capability in AI—accepted the information on materials properties and design constraints and filled in the gaps by generating 1000 PAG cation candidates with targeted properties. The next step is autonomous chemical synthesis in order to reduce trial and error and increase reliability and achieve scalability. This is where Cloud-based AI-driven autonomous laboratories become useful and IBM was able to show, on November 19, 2020, the first PAG material formed through this process.

Quantum computing works in tandem with AI, offering another revolution in discovery acceleration. A classical computer can be used for solving easy problems. However, for hard problems such as simulating materials, classical computers can provide only an approximation. “But there’s another technology that alters the equation between what’s possible to solve and what will be possible to solve,” said Gil, “and that is the world of quantum computers.”

IBM uses superconducting qubits, and has made its quantum computing accessible worldwide from the Cloud. In a nutshell, researchers write their programs which they send to the quantum computer that converts the 0s and 1s into microwave pulses that travel to the quantum processor. “We perform superposition, entanglement, and interference operations to perform the computation,” Gil said, then send the information back. Gil said that over 360 billion quantum circuits have been executed by quantum computers to date over the past four years with over 260k users.