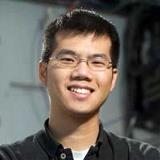 Understanding the Many Length Scales of Ion Insertion Solids

The MRS Outstanding Young Investigator Awards recognize outstanding, interdisciplinary scientific work in materials research by young scientists or engineers. William Chueh of Stanford University, one of two recipients of this year’s award, received the honor “for groundbreaking research on ionic and electronic charge transport and interface chemistry relevant to electrochemical devices." His Monday Symposium X presentation detailed his work in understanding the rules that govern battery chemistry and architecture, with an ultimate goal of establishing a unified, predictive framework for battery design.

Chueh’s research group work toward this goal from a combination of bottom-up and top-down approaches that combine experimental techniques with modeling, simulations, and data analysis. The core of this work depends on understanding and controlling redox properties across a huge range of length, time, and energy scales. Chueh’s talk provided examples of his findings at three diverse points in this range.

Chueh’s first example focused on the atomic-scale phenomena in materials for electrodes, looking particularly at how redox chemistry and lattice disorder are connected. He noted that a key challenge in battery design is achieving the theoretical capacity limits of electrode materials. In some standard stoichiometric layered materials, made of lithium, oxygen, and a transition metal, only about 50% of theoretical capacity can be achieved. However, researchers have observed that for lithium-rich layered oxides, in which some of the transition metal is replaced with lithium, both the theoretical and practical capacity are much higher but are accompanied by a downside that these cathode materials exhibit significant hysteresis in their voltage profile between charging and discharging.

To better understand the underlying redox mechanism and structure transformation responsible for this observation, Chueh and his colleagues first collected spectroscopic information about the redox centers involved in the reactions during charging and discharging of a lithium-rich battery material. Although changes were observed in almost all the elements involved, the most striking changes were observed in the oxygen. Chueh explained that, as the oxygen is oxidized, providing additional capacity, the transition metal tends to migrate into the interlayer spacing, breaking bonds and leaving many oxygens with dangling bonds—a phenomenon directly correlated to the hysteresis.

Chueh’s second example moved from the scale of single atoms and electrons to the interfacial kinetics and phase transformations of single particles, on the scale of a micron. In this arena, Chueh’s group has used x-ray microscopy and spectroscopy along with specialized sample environments to observe phase transition as they take place. For example, experiments performed at Berkeley Laboratory’s Advanced Light Source have allowed Chueh to observe phase transformations and ion insertion at the single-particle level as they take place. In his talk, Chueh showed animations of lithium iron phosphate battery particles discharging over six hours, in equilibrium, with distinct boundaries between lithium-rich and lithium-poor phases versus much faster, non-equilibrium discharging, which displays homogeneous filling and metastable compositions. The phase separation evident in the slower cycling is problematic as it induces misfit stress in the system.

Chueh’s final example focused on the assembly of single particles into agglomerates and how morphological heterogeneity is connected to heterogeneity in the redox process of a layered oxide material. He showed results from experiments at SLAC National Accelerator Laboratory’s Stanford Synchrotron Radiation Lightsource, coupled from simulations of stress distribution, that demonstrated that morphological features, for instance arising from internal pores and anisotropic expansion due to lithium insertion, were connected to the oxidation state distribution. His group also did additional experiments using simple thin-film systems to better understand chemo-mechanical coupling.

In addition to the research shown in this talk, Chueh noted that his group works on device-level fabrication and testing. In the long term, he hopes to seamlessly integrate experiment, theory, and data analysis across all length scales to predict the best battery ahead of time.