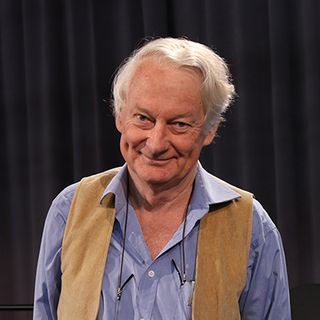 Time-resolved imaging with electrons and x-rays

Drawing on a long career in electron microscopy to which he has more recently added x-ray imaging at synchrotron radiation sources and x-ray lasers, John Spence of Arizona State University provided a detailed examination of the issues involved in achieving today’s frontier of “movies” of materials and biological systems with atomic spatial resolution and femtosecond temporal resolution. He divided the choices roughly into a 2 × 2 matrix with the radiation source (electrons or x-rays) on one axis and the speed method (a fast detector or a fast pulsed source) on the other, though, of course, each choice can itself be sub-divided. For example, one can make the movies using either imaging or diffraction methods. Not surprisingly, there are pros and cons for each.

Spence started by discussing electron imaging with fast detectors. He showed images of in situ measurements of fracture toughness and crack-propagation speed with nanocrystalline titanium nitride; however, the best time resolution was in the microsecond range. The possibility of significantly improving the spatial resolution of movies to the atomic realm is limited to special situations, such as the use in TEM of forbidden reflections to image the motion of dislocation kinks and address questions ranging from what limits kink velocity to the atomic structure of kinks. But even with new schemes, such as parallel detection of diffraction patterns, the time resolution remains in the microsecond range, 40 µsec in experiments on silicon. Switching to pulsed (fast) electron sources, Spence divided the alternatives into linac sources with diffraction cameras, TEMs with a field-emission source replaced by a photocathode, and high-voltage diffraction with a photocathode. He noted that the Coulomb repulsion between the electrons in the beam that blurs images is actually reduced at a high beam energy, so several groups are building or planning multi-MeV transmission electron diffraction (TED) instruments with beam-pulse lengths of 100 fs or so. In an early experiment, diffraction patterns were obtained, possible because of the “Bragg boost” that enhances the diffraction signal in crystalline samples, an effect not applicable to single-particle experiments that are of interest to many. Spence added that 100-fs is also near the 50 fs needed for “outrunning radiation damage; that is, obtaining a diffraction pattern before the radiation damages or destroys the sample (diffract and destroy). Also needed, however, is a beam focused to much smaller than the 500 µm of the high-voltage machines. For high-speed imaging of things as small as nanoparticles or virus a beam diameter comparable to the sample size, about 0.1 µm is needed to get maximum scattering. Whether MeV machines can ever achieve this is questionable, but an alternative approach called “hollow-cone” TEM imaging that does not require a small source might reach this resolution.

Turning to x-rays, Spence’s discussion focused on x-ray lasers, specifically the LCLS at SLAC. While the machine cost $600 million and fits in a 3-mile long tunnel, as opposed to the MeV TED machines that fit in a room and cost $1 million or less, it nonetheless has advantages, such as the absence of the Coulomb repulsion that hampers electron-beam instruments. While radiation damage is a comparable problem, the 10-fs pulse lengths make the diffract-and-destroy method of overcoming it feasible, even when high-speed imaging is not required. For protein crystallography, this method makes it possible to study protein nanocrystals (so the Bragg boost is operative) that cannot be grown with large sizes. In experiments by Spence and his collaborators aimed at studying photosynthesis at the LCLS, for example, a liquid jet containing the nanocrystals from a gas-dynamic “virtual” nozzle flows perpendicularly through the 70-fs pulsed x-ray beam after a pump laser beam from an optical fiber illuminates the sample. Each delay between the pump pulse and the x-ray pulse corresponds to a different frame of a movie. The first near atomic- and 200-fs-second resolution 3D movies were of the molecular motor in photoactive yellow protein rather than photosynthesis complexes like photosystem I or II. Newer results on rhodopsin capture the first event in human vision, photon detection. Other projects in early stages at the LCLS include single-particle imaging of particles like viruses.

Spence closed with a description of a new project that has begun at Arizona State University to build a compact x-ray light source that fits in one room and will cost $6 million. The basic idea is to use a laser beam directed antiparallel to an electron beam. The effect is that of an undulator with a period equal to the laser wavelength, 1 µm rather than the 1 cm typical in magnetic undulators. To get the same x-ray wavelength, say 1 Å, the electron beam can be correspondingly smaller (25 MeV rather than 1 GeV), thus shrinking the size and cost of the device dramatically. Meanwhile, many new “conventional” x-ray lasers are sprouting up around the world.